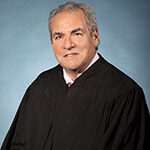 Judge Scott B. Ugell is Clarkstown’s youngest elected judge in modern Clarkstown Justice Court history, first elected in 1991. He had previously presided over a special Domestic Violence Court and served along with Family Court Judges and other local Judges and staff members. This special county committee on Domestic Violence studied ways to improve the courts for those involved in domestic violence matters.

After graduating from Hofstra University Law School, Judge Ugell was a Deputy Town Attorney in the Town of Hempstead, the most densely populated Township in the State of New York. Thereafter, Judge Ugell was a Court Arbitrator in New York City Civil Courts and later became Assistant General Counsel to Pyramid Companies, the Syracuse, New York based shopping mall developer and management company. 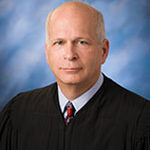 Judge Gerber grew up in Valley Cottage and graduated from Nyack High School (1975), The State University of New York at Geneseo (BA 1979), Pace University School of Law (JD 1982), and is admitted to practice law in all New York State Courts, the United States District Courts for the Southern and Eastern Districts of New York, and The United States Supreme Court.

Judge Gerber is an Active Life Member of the Valley Cottage Volunteer Fire Department, where he has been a member since 1979. He has served as Safety Officer, Lieutenant, Captain, Second Assistant Chief, First Assistant Chief, recently completed his term as Chief of the Department and is now serving as President of Valley Cottage Engine Company #1.

Judge Gerber lives with his family in Valley Cottage, and maintains a private practice of law, with offices in Nanuet and Westchester. 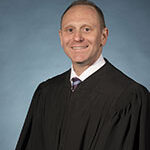 Judge Ascher has been a resident of Clarkstown since 2002. He graduated from the University ofRhode Island in 1998, with a B.A. in Political Science. He obtained his Juris Doctorate from Pace Law School in 2002 where he was competitively selected to represent Pace in the National Moot Court Competition.

He began his legal career in the Rockland County District Attorney’s Office in 2002. In 2004 he began private practice representing litigants in commercial, civil and criminal defense litigation. He also maintains an active Real Estate practice including transactions, zoning and planning.

He is admitted to practice law in the State of New York, and in the Federal Courts in Southern and Eastern Districts of New York.

Judge Ascher is active in the Clarkstown Girls Softball League, Clarkstown Soccer Club and Make-A-Wish of the Hudson Valley.

Judge Ascher lives in New City with his wife Allison and their two children. 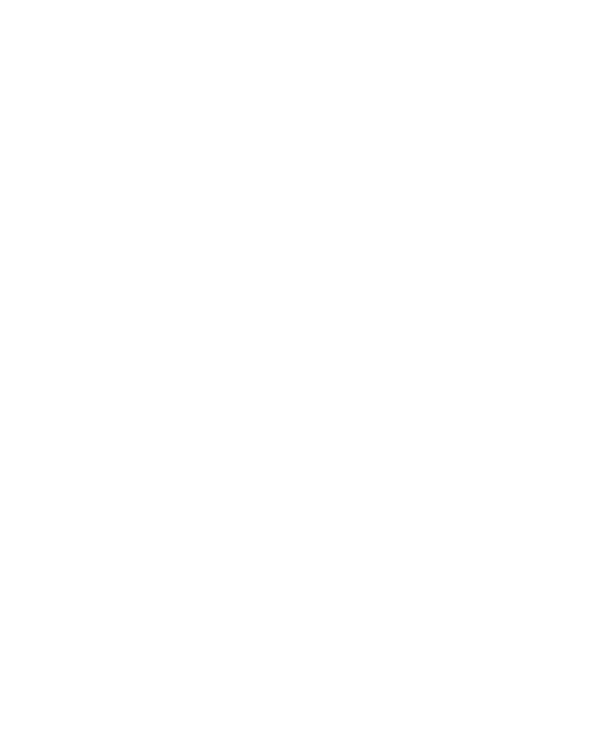 Judge Kahn has a 30-year legal career of dedicated public service and has continuously practiced law since graduating from Law School In 1991.

She served for twenty-five (25) years as a prosecutor with the Brooklyn District Attorney’s Office and conducted hundreds of felony and misdemeanor hearings and trials. As a prosecutor she concentrated in the areas of domestic violence, juvenile crimes, alternative to incarceration programs and gun violence, and held the positions of Bureau Chief – Domestic Violence, Chief – Firearms Prosecution, Chief – Adolescent Diversion.

As Town Attorney for the Town of Clarkstown, Leslie has facilitated the swift investigation and prosecution of illegal multi-family dwellings in Clarkstown and significantly increased the number of prosecutions related to building and zoning code violations.

Judge Kahn was born and raised in New York City by a single divorced mom who worked numerous jobs to support her family. She learned at a young age the importance of hardwork and a good work ethic. She moved to Clarkstown in 1998 with her husband Paul, a lifelong resident, and has three sons, Michael, Steven, and Zachary.

Stay in touch with what’s happening in Clarkstown.